« Back to All Posts
CommercialGuest Blogs

Trends in Commercial Real Estate Since the Pandemic

The National Association of Realtors (NAR) just published a study showing how the apartment, office, retail, and industrial markets have been affected since the pandemic began.  The report focuses on larger commercial properties (over $2,500,000 of value) in metropolitan areas.  Although northern Michigan is faring better than larger urban markets, many of the overall trends shown in this study are reflective of our market as well.

Commercial sales in August were down compared to the previous year.  The market averaged a 68% decline in transaction volume. Retail and office sales were down even more than that, while apartment and industrial sales fared slightly better. Although our local market is not down by as much, we did see a large dip in sales, and demand for office and retail dropped significantly more than industrial and apartments.

The NAR report also showed the spread between the 10-year treasury and cap rates increased recently.  Investors are demanding a higher real return to account for the uncertainty and additional risk currently in the market.  This “risk-premium” shows that hotels are deemed to have the most risk and are selling for cap rates that are 8% above the 10-year treasury rate.  Retail and office were next with a 5.9% & 5.8% premium. Then industrial space with a 5.5% risk-premium and apartments came in the lowest at 4.7%.  I am often asked what an appropriate cap rate should be on a property, and this is a great guideline for determining the risk with a particular property compared to the return on a low-risk asset such as a treasury bond.  Interesting to note, the last time these spreads were as high was during the great recession (except hotels are perceived as even higher risk now). 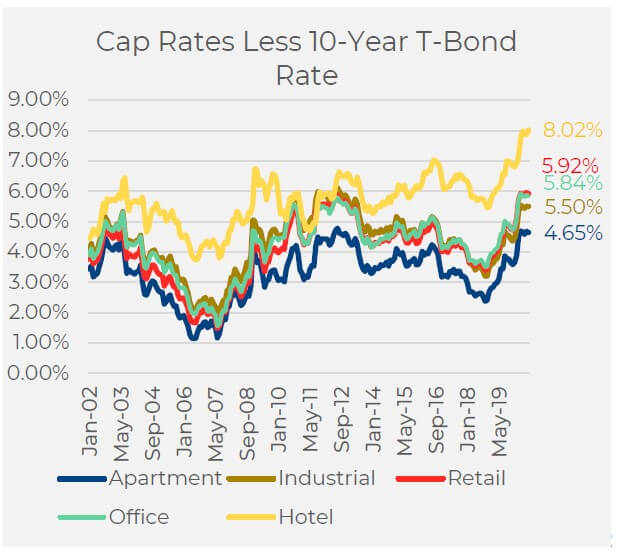 Although transaction volume was down significantly, prices were not.  The report showed that while prices had dropped for apartments and industrial, they increased for office & retail.  The office & retail spaces that sold were most likely prime locations, which is why the average prices were higher.  In all cases, the prices had not increased or decreased by more than 10% showing relative stability in pricing.

Vacancy rates have also increased since the beginning of the year.  The office market had the largest increase in vacancy, followed by industrial and retail.  Asking rents did not decline in any of the categories as landlords look to maintain stable rental rates.  This indicates that landlords expect occupancy to increase sooner rather than later.  The NAR study predicts that there will be elevated vacancy rates in the office market until the first quarter of 2022.

For more detail on the specific asset classes, you can read the full report.  There is also an interesting section that discusses the need for adaptive reuse of existing retail space.  This is based on the fact that e-commerce is likely to permanently change the needed mix of retail and industrial space.  Click HERE to read the full study. 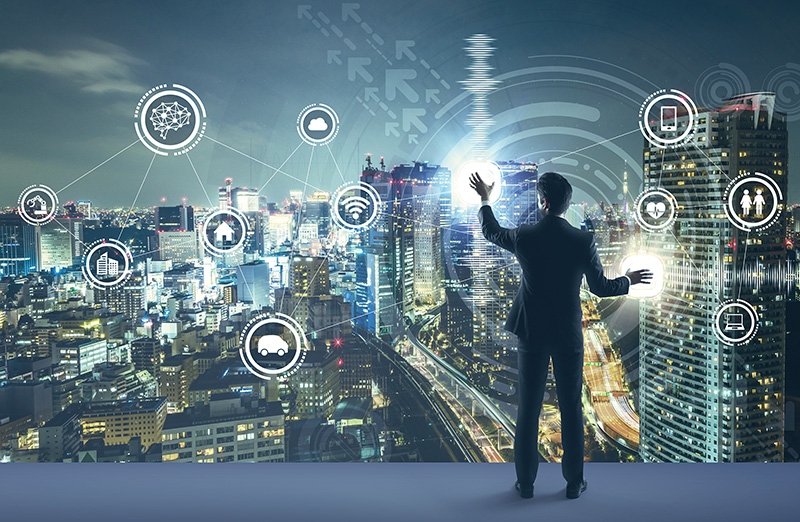 What is Proptech?
Proptech, also known as Property Technology, is a term used to describe the application of technology to real estate. It has been a growing buzzword over the past decade and the pandemic accelerated... READ MORE 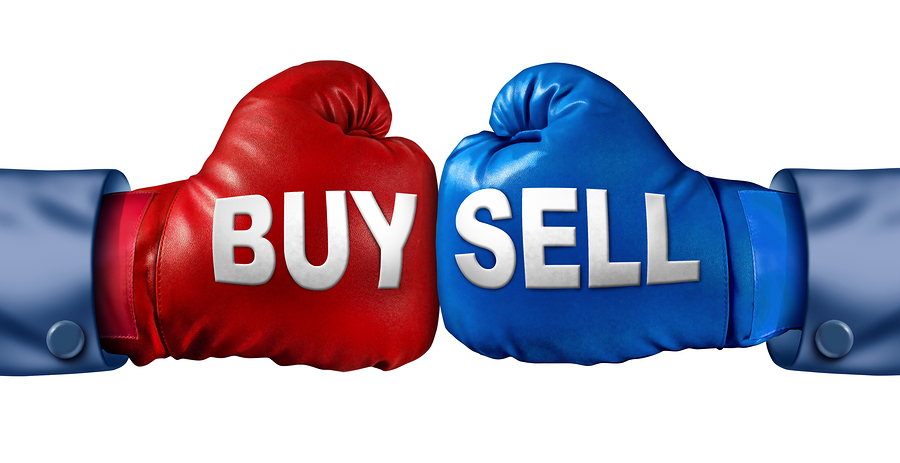 To Buy or to Sell… That is the Question
Record high prices and very low cap rates have many real estate investors wondering if now is the time to take advantage of the market and sell their properties.  I have spoken with quite a few... READ MORE 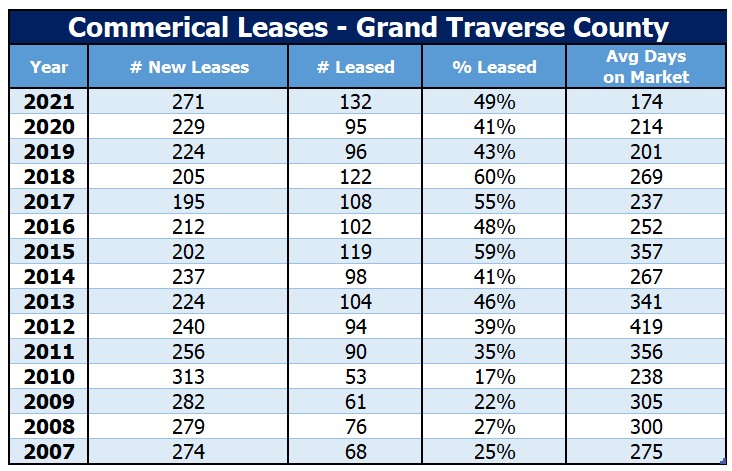 2021: A Year for the Record Book for Traverse City Commercial Real Estate
After a tumultuous 2020, the world seemed to acclimate to waives of shutdowns as the pandemic continued to disrupt life in 2021.  In some ways, disruptions became part of our routine as people... READ MORE